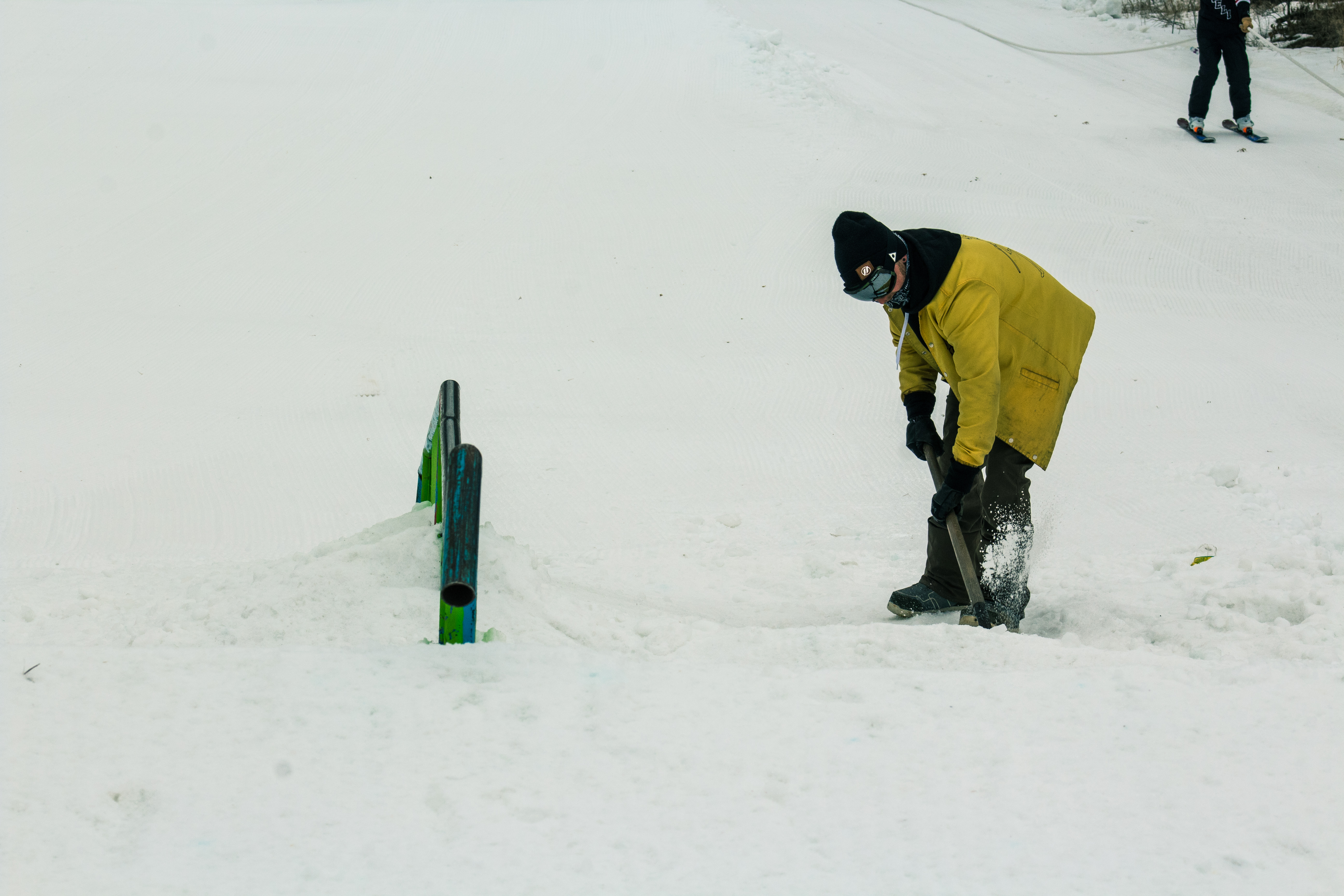 I’ve had to start telling my friends to stop asking questions lately: Why isn’t the park open yet? Why in December, do we only have three runs open? For God-sakes just blow some f**king snow!, Have they finally fixed that groomer? Well why not!?

You’d better just stop asking any questions that have to do with efficiency at a ski hill. You’ll never be able to come to a logical conclusion. I promise you’ll wind up with a headache, too. There are, however, some people on the inside who know exactly why things are sometimes bad. What a great resource they would be if their behavior wasn’t so occult. And forget about the young people. They’ve expressed all their greivances in the form of demands placed strategically in the comments of ski-resort’s social media; you are very far from the heart of the beast, kids.

But lets take a minute to understand some very real scenarios that might contribute to the lack of funding that resorts put into their parks:

An annul decline in visitors over the last decade (regional variations occur) due to an overweight population, increased number of leisure activities being introduced in the US, and time poverty (based on the Nation Ski Areas Association model for growth). Did you know only 19% of skiers and snowboarders continue long-term? These aren’t very promising numbers and its why ski resorts around the nation have to play it safe. They certainly aren’t odds you’d place your bets on. Big problem if you’re park rat though because lets be honest, the park is reserved for the 19% who actually have the skill level to ride it. Why risk losing money while safer options exist in the 81% field?

There are initiatives in place that are actively helping to increase the industries growth; numbers, models, demographics, acronyms, big words, neckties. Most of you probably went on a field trip as a kid to learn to ski and board (thanks for that). But the solution to growth isn’t a linear equation with a start and a finish; its sporadic, it exists in multiple departments, and at every skill level. Heres the kicker: once you have the answer, its probably going to change as fast as that 19% can progress it (for a sport with no official rules or guidelines, this happens QUICK) and for the non-creative manager, thats a death sentence.

I don’t have the answers either, and I’m in the damn trenches here. What I can say is that a conversation is what we need. Communication is where we connect the dots between management and the people holding the park rakes.

Maybe I should tell you to go find some street or fire up the sled and hit some powder — abandon all hope. But I think we all see some benefit to better parks and better resorts.

Explain your role at Brian Head and a little background on who you are:

“I’m the social media manager for Brian Head Training Grounds. I started skiing park at my home resort, Sundance, around 5 years ago and then moved to southern Utah for school.”

What’re some of your biggest struggles when building a park and how do you get over them?

“Brian Head’s park is located on a pretty flat area so one of the main problems we face is creating landings and when trying to improve the park, we face a lot of manager pushback.”

What are some improvements you’d like to see and what kind of responses from management do you get?

“The current management doesn’t see a need for growth in the terrain park when I really believe that if they gave us some creative freedom, our crew could create a park that would bring people in from all over.”

It seems like the Midwest still struggles with the ‘park idea’ as a potential money maker too. Has there ever been discussion about tow rope installation? It’s more of a necessity here, what with the shallow runs, but it’s had an impressive impact.

“That’s actually one of the things we as a park crew would love to have put in and that management has expressed interest in, but we will see if that catches any traction. Brian Head definitely has a problem seeing it as a potential money maker.”

I hope it does, that would open up a lot of doors for young riders looking to progress.

It seems like Utah and Brian Head is very welcoming of snowboarding and skiing. How do you think the majority or resort guests would react to a larger park presence in the resort?

“Our park actually just got cut in half. People aren’t stoked on it. It seems like most of the employees and guests at Brian Head get the picture, but management seems to be missing it.”

Any explanation as to why?

“Apparently, the entrance of the park was in too high of a traffic zone. So, instead of buying us more signage and netting we got cut in half. The park used to extend almost all the way up to the top of chair 3 instead of halfway down and used to run all the way down to the bottom of chair 2.”

It seems like a rope tow would complement the smaller space you’re currently using really well while freeing up lift lines and increasing ticket sales from park-goers. Do you see a decrease in attendance on the park because of the size cut?

“I think it would help out a ton in the space we have right now. And yes, I definitely notice a decrease our park’s usage.”

In Minnesota, especially where I’m from, the greatest barrier is building tust with management. It is very rare to find someone in management who knows exactly what potential the park has because of their disconnect with that world. This seems to be a problem that is nationwide. Do you see any solutions to the problem?

“That seems to be the problem with our management as well and that makes sense. I guess there’s no way for them to see the benefit. If our management would look to the Woodward resorts and see what the park has done for them, there could be better discussions on both sides. Those resorts thrive strictly off of park. Basically, I don’t see why having a bigger or better terrain park could hurt Brian Head.”

Definitely. These places like Woodward and trollhaugen are case studies that prove potential for parks. After all, a ticket sale is a ticket sale. Theres no way for them to know where riders will go or want to do, but maybe some information straight from the source will help.

Now for everyone who made it this far, I want you to know that Brian Head Resort was one of the most memorable places I’ve been to. The people were great, super welcoming, and always stoked on meeting new riders. I have the utmost respect for the place as well as other resorts as I know Kyle does do. I hope this can serve as a jumping off point for future discussions.

And remember, don’t be this guy: