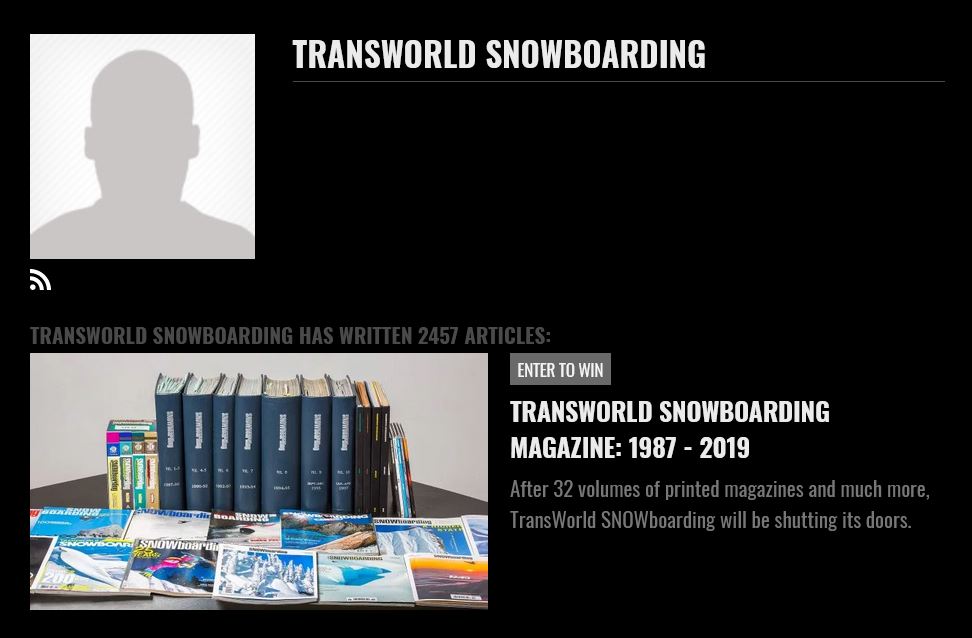 What is it like to grow up in the 2000’s as a snowboarder? It’s hard to say, really. I know that magazines like TransWorld had their salad days too soon.

We see good times now and that all started somewhere. It was a time for the sport to grow undisturbed. Untouched by the masses. The mainstream media, a sterile culture that profited on appropriate versions of cool; they were there too. Disney channel mockups and such… forget it. That wasn’t snowboarding. It was around the same time that you could open TransWorld Magazine and say  these people are just as psychotic as me? I don’t know about you, but the ditch was turned into a jump fairly early. Maybe you grew up in a city where the participants of counter culture were easily visible. It’s certainly no surprise that more populated cities will always have more people doing the same thing of whatever it is you do. But in a small town, magazines were the outside world; a source of information, inspiration, and a sense of approval that said I didn’t know people could snowboard for a living.

Those images were taken to heart. It was the sport untainted by corny television rip-offs and pop-culture. Sure, we need a little exposure from the masses to really make money, but money was never the goal for anyone who started snowboarding. It was the sub-culture that felt very much like the only culture there was. The comradery, degenerate, primal behavior, run from the cops, floating in air, weightless for a second, 40 oz.’, night laps, progression, craft, pride, chairlift conversations about second base, excitement after a make that made it all worthwhile. It was staring at a down rail, snowboard under your arm, thinking, if I just… hit it from the left… or maybe… from the ledge like Sage in that picture. It just felt so damn good to go fast and jump high and that was an itch I couldn’t scratch anywhere else. Restlessly sitting in class, I couldn’t help but tap my shoe waiting to ride and sometimes the only cure was to thumb through those pages. So thank you snowboarding (and TransWorld) for making the rest of the world so bland. I mean that form the bottom of my heart.

Truth is, magazines just happened to be the only way to reach the masses without going through major television corporations. Cell phones made that easier, and they came quick. Real quick. So quick, in fact, that we have no idea what the fuck we’re doing. We may not even know what they’re for but we might just figure it out in time before another medium comes along. With the passing of TransWorld—god bless em’—I think we all need the patience to do with our phones what TransWorld did to us: Inspire like crazy. Take your time. Get it right. Have the insight to really understand why it is you use your social media. Inspire someone to buy a snowboard (no, not your pro-model), just a snowboard. Something they can go fast on, preferably. With TransWorld’s print gone, this sport needs a major defibrillator jolt to the heart. I think its time we all repay the favor.

So here’s to you, TransWorld. I’ve got one foot in the out-door, but my arm is waving goodbye.