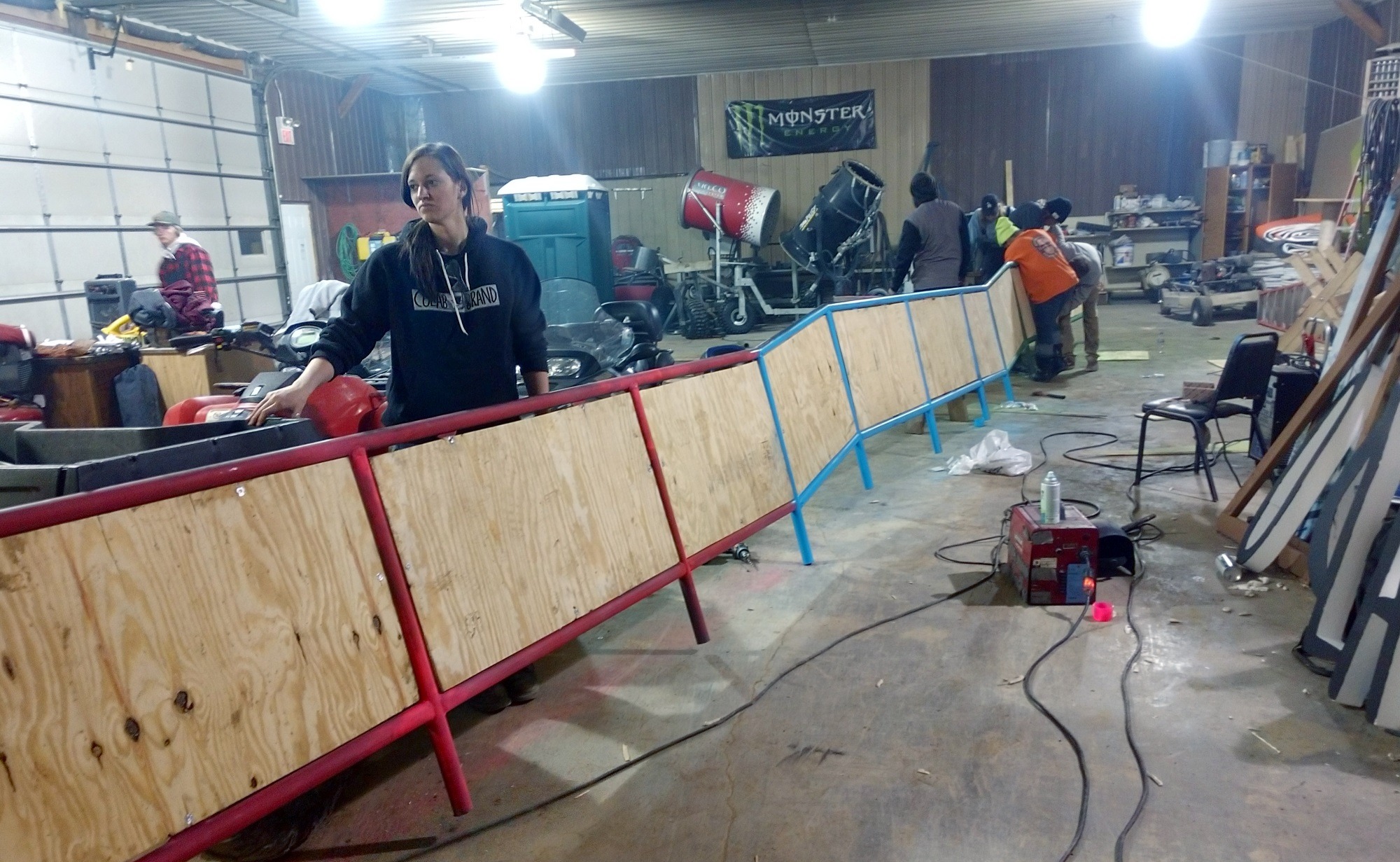 In 2010, I broke my kneecap on a bolt, and it’s my mission to make sure every rail is built right so I don’t have to do that again.

Skirting (the boards under a rail, between the legs) keep skis/snowboards out so you don’t catch and hammer into the rail.

Open rails have a leg on either end. If you do catch the leg, at least you’re already past the end of the rail!

I’ll put the story at the end, let’s whip up this bolt method. Here’s the parts list:

And here’s the assembly:

Place the cut board in its spot, and drill through the plywood at the centers of the tab holes. Tap the T-nut into the side opposite the tab, then assemble the bolts. The bolt is about flush to the outside of the T-nut when it’s done.

You could lower the risk even more by using Button Head Cap Screws instead of hex bolts.

Back to this story; the suspect rail was a down-flat, knee-high, plywood skirting. Respectable. But to repair the panels, they had put in a bunch of bolts and nuts that stuck out a finger width past the bolt.

Just to make some more space for the queasy, this injury never, ever hurt, lucky enough!

I’m super happy about that. Immediate shock or whatever, then just some ibuprofen.

It gets sore when I run marathons, 10 years later.

On that note, I bounced back pretty easily! Some PT, a summer of no labor, and I was ripping (a little timidly) 8 months later. Be encouraged, injured ones.